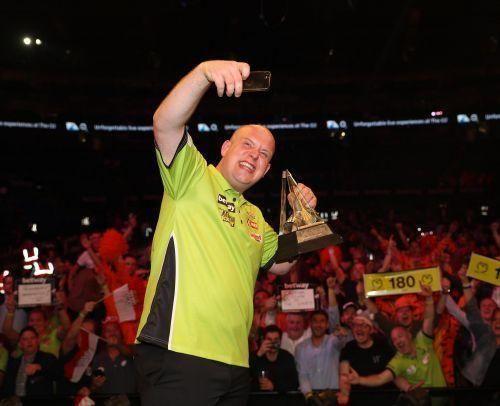 It is unfortunate and regrettable that the Unibet Premier League night at Westpoint Exeter will not be played this year, following the cancellation of the original show on Thursday 1st March due to the extreme weather conditions.

The PDC evaluated all available alternative options and the decision was taken that the most practical solution was to stage a second night in Rotterdam, the night before the originally scheduled date.

This was preferable to only hosting 15 nights this season, which was not an workable scenario for our players, fans, commercial and broadcast partners.

One of the main factors involved in making the decision to fit the rearranged night in elsewhere was venue availability and how it could be combined with both the heavy demands of the PDC's event calendar and also the scheduling requirements of our host broadcaster, Sky Sports.

Westpoint Exeter is a popular venue and has a busy events schedule between now and May, when the Premier League concludes.

The Premier League requires two days (sometimes two-and-a-half) occupancy of a venue with Wednesday used for rigging and where possible, Tuesday evening used for loading in of equipment. There is also the issue of transporting the equipment needed both for the show and television production to the venue, and the time that takes.

For logistical and scheduling reasons, therefore the only option available to us was to bolt an additional session on to an existing night and after assessing all possibilities, Rotterdam was the only option that worked for the event.

The PDC can confirm that it will return to Westpoint Exeter on the corresponding week in 2019 and fans who purchased tickets for this year's event will be eligible for a pre-sale through Ticketzone, the venue's box office, in order to secure their tickets. A Priority Sale period for PDCTV-HD Annual Subscribers through SeeTickets will take place as normal.

Both Ticketzone and SeeTickets will automatically issue refunds to all bookers of tickets for this year's event.

Once again, the PDC regrets that it was unable to stage what is always a popular night at Westpoint Exeter this year but can confirm its commitment to the venue for 2019.