Sunshine and big crowds at the Devon County Show 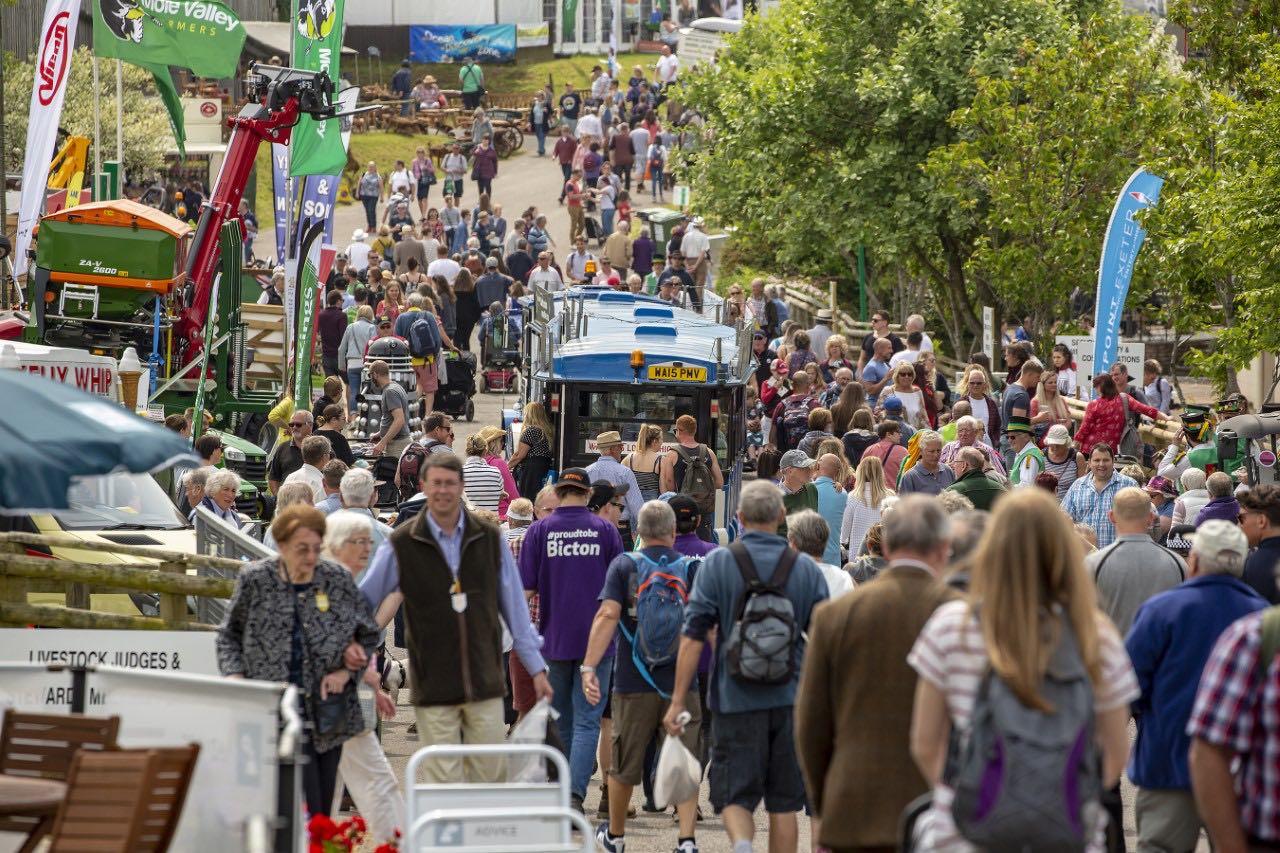 Sunshine, big crowds and the Royal wedding combined to make this year’s Devon County Show the happiest, and most successful, for many years.

The Westpoint showground was packed on all three days as over 90,000 visitors enjoyed the magnificent livestock, a vast range of top quality locally produced food and drink, and a host of trade stands and other attractions.

“It feels as though the weather gods have been saving the best for last”, said Ollie Allen, whose last show this was as Show Secretary, after 22 years.

“I don’t think I can remember a sunnier show, or a happier one. The mood throughout has been one of celebration: of the Royal wedding, of course, but also of Devon food, farming and rural life, and all that it means to our beautiful county.”

“I would like to thank all the thousands of volunteers who have made the Devon County Show what it has been over the last 22 years and have made my role the pleasure and privilege it has been. I am so proud of what we have achieved together and of what the Show means to Devon.”

The Burke Trophies - the blue riband of British cattle breeding - were judged at the Devon County for the first time, with the beef trophy going to the British Blues, and the dairy trophy to the Holsteins, with the Limousins and Jerseys in second place respectively.

The winning British Blue pair were a bull, NewPole Lorenzo, shown by Phil White and Jools Turner of the NewPole herd at Wellington, and Nat Doble’s heifer, High Ridge Blues Lucia from St Agnes in Cornwall. It is the first time that the Burke Trophy has been won by the British Blues.

The triumphant Holsteins were shown by Roland Ley, of Ley and Partners of the Thuborough Herd at Sutcombe near Holsworthy and Ollie Reed, of the Beaconhill herd at Blackborough near Cullompton.

The Royal wedding was celebrated in fine style in the new Watering Hole pavilion, where hundreds of happy show-goers were able to watch proceedings on a giant TV screens and wish the happy couple well in a mass confetti-throwing.

The Watering Hole was also the venue for a successful new musical dimension at the Show, as local bands played long into the evening.

NFU President, Minette Batters, visited on Thursday, and Vice President, Stuart Roberts, on Friday, who used the platform provided by the Show to explain that food production needs to be the main driver of the Government’s post-Brexit agricultural policy, if the environment and other ‘public goods’ are to be delivered, not the other way around.

It was theme taken up by Show President, Edward Darke, when he said: “Farming is a major productive industry, with food production at its heart, which is the engine of the rural economy. Our politicians need to remember that, instead of giving the impression, as some of them do, that farming’s main output is environmental management, with food production as just a slightly inconvenient by-product.”