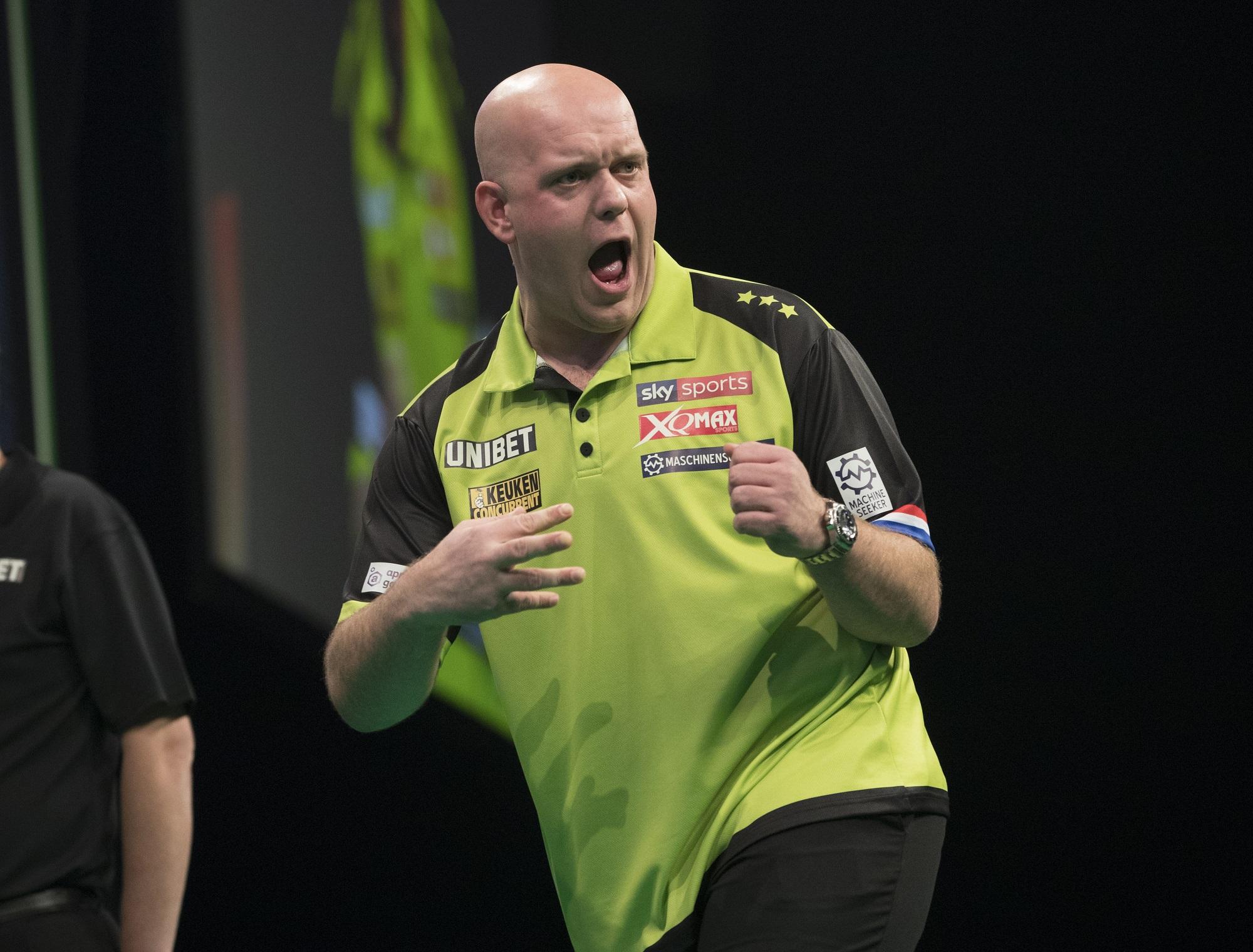 MICHAEL VAN GERWEN is aiming to maintain his advantage at the top of the Unibet Premier League table as the tournament returns to Westpoint Exeter on Thursday.

Reigning Premier League champion Van Gerwen has enjoyed a perfect start to the season with victories in his opening three matches.

He sits two points clear of a trio of players who have picked up four points so far, and takes on James Wade in Thursday's fourth league night in Exeter.

The Exeter league night was cancelled 12 months ago due to the effects of Storm Emma, and Van Gerwen is aiming to produce another big showing as he returns to the south-west.

"I'm at the top of the table and I want to stay there," said Van Gerwen. "Winning is the only thing that counts, and I love playing in front of the big crowds.

"The other players need to play well to beat me, and I need to make sure I keep in good shape, play well and don't make any mistakes.

"I've started well and I'm happy with three wins so I can't complain, but I want to get another two points in Exeter."

Gerwyn Price, who sits on four points alongside Daryl Gurney and Peter Wright, is aiming to continue his brilliant form after winning both Players Championship events in Barnsley last weekend.

Price takes on Contender Luke Humphries in Exeter, and said: "I'm happy with my consistency over the weekend - I proved to myself and a lot of people that I can play top quality darts.

"Hopefully now I can carry this form into the Premier League and I can keep performing to this standard. It's all a case of having confidence in myself, believing in my ability."

Youngster Humphries steps onto the Premier League stage for the first time after enjoying a superb run to the quarter-finals of the World Championship recently.

"I'm out to show everyone that my performances at the Worlds weren't a flash in the pan," said Humphries. "This game could kick-start my year and prove that I belong up there.

"I know it will be a tough game against Gerwyn but I definitely think I can win.

"When I play on TV it makes me come alive, there's just something about it that makes you focus more, I think that is the same for a lot of the younger players.

"A good performance on Thursday would boost my confidence and I think it's come at the right time for me because I'm not playing too well on the floor at the moment."

Gurney has won two of his opening three matches, and said: "I'm happy with my start and I want to keep myself in that top four.

I always want to beat what I've done in previous years - I finished fifth last year so if I can make the top four I'll be really happy."

Van Barneveld has battled back to draw over the past two weeks, and admitted: "The crowds have been fantastic this season and every week is special for me. I am trying to enjoy the atmosphere in every venue."

Smith needed emergency surgery to remove an abscess from his groin on Monday, but is determined to claim his first victory of the season in Exeter.

"It's been a tough start to the Premier League," he added. "My leg hasn't really helped to be honest - it's been there for six weeks and bugging me a bit."

Tickets for the Unibet Premier League at Westpoint Exeter are still available and can be purchased by calling 08444 99 99 55 or visit www.ticketzone.co.uk.

Odds courtesy www.unibet.co.uk and correct at time of writing. Subject to fluctuation.