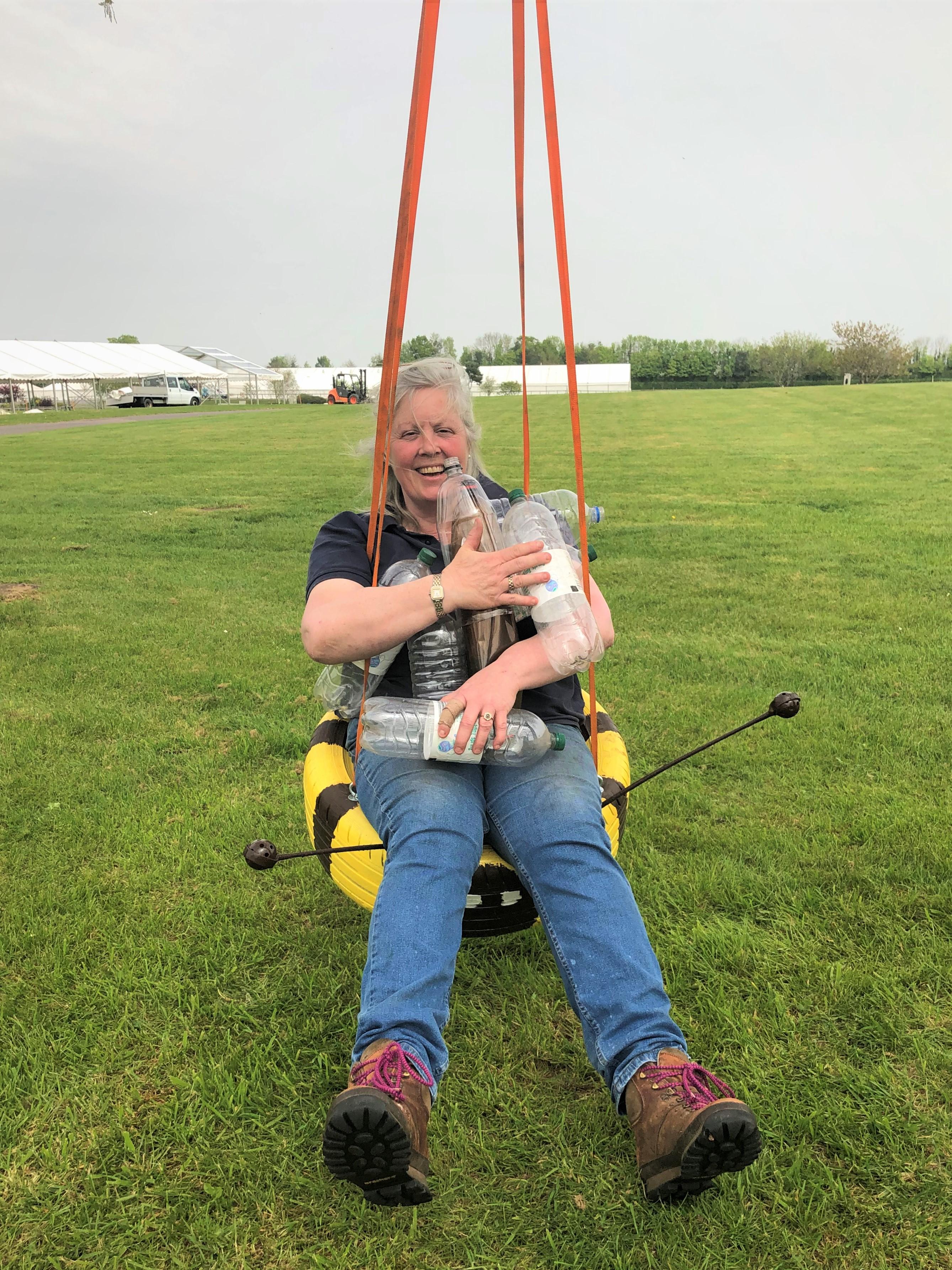 A greenhouse made entirely from re-used plastic bottles and a garden built out of recycled materials will be the centre-piece of the Craft and Garden Pavilion at Devon County Show this May.

The 6ft by 8ft greenhouse, which comprises used plastic bottles (otherwise destined for land fill) threaded onto a frame of bamboo canes, and the garden with numerous re-used ideas, including a swing made from an old car tyre and painted to look like a giant bee, have been made by Devon County Show committee member and Crafts and Gardens Chief Steward and creative genius, Deborah Custance Baker.

The greenhouse and garden are part of a drive to inspire others to make use of their plastic waste and recycling in innovative ways, Deborah explained.

She said: "Last year we had thousands of hand-knitted poppies, representing those that lost their lives in the First World War, in teh Craft and Garden section. The exhibit was a huge success and drew a big crowd, so we knew we wanted to do something with the wow-factor again. But we also wanted to look toward the future and think about what we can do to help reduce the amount of plastic going into our oceans and landfill."

Mrs Custance Baker said she had been inspired to build the garden by a Google search, last summer, on topical recycling which showed a plastic-bottle greenhouse. She said neighbours were being extremely supportive and behind the idea, with villagers giving her lots of bottles and materials to use in the garden.

Other features of her recycled garden will include mosaic stepping stones made with plastic bottle tops and plant 'pots' made with loo rolls, meaning seedlings could be transferred into the garden without the need for plastic pots. Age UK Exeter are creating flowers for the garden. Men in Sheds are providing re-used pallets as nesting boxes, and SENSE craft sectino are making a wonderful re-cycled tea display.

Other great ideas include items leant to me by The Recycled Candle Company who make candles from teh stubs of used candles collected from churches and restaurants, garden ornaments made from old cutlery and even a hedgehog made from a paperback book. Children from Tedburn St Mary School did a litter pick and made a tree from all the waste they collected, which will also feature in the garden.

Deborah said: "My husband thinks I'm a bit whacky, but I love the idea that we are looking forward, not back, and hopefully inspiring all our visitors to get creative with their own recyling projects."

The greenhouse and garden aren't the only attractions in the Craft and Garden Pavilion, says Deborah. "This year it's bigger than a football pitch, we've got hundreds of wonderful makers and craftspeople from across the whole of the UK. We've also got the homebaking with us this year and there are new categories for vegetable cakes and Devon cream teas - done the Devon way of course. We're also running our church floral competition for a second year. Last year was such a success - so many people create wonderful floral displays in churches every wekk and are the unsung heroes of the church, this is their moment to shine."

Deborah said the greenhouse and recycled garden woudl be donated to a local school after the Show.