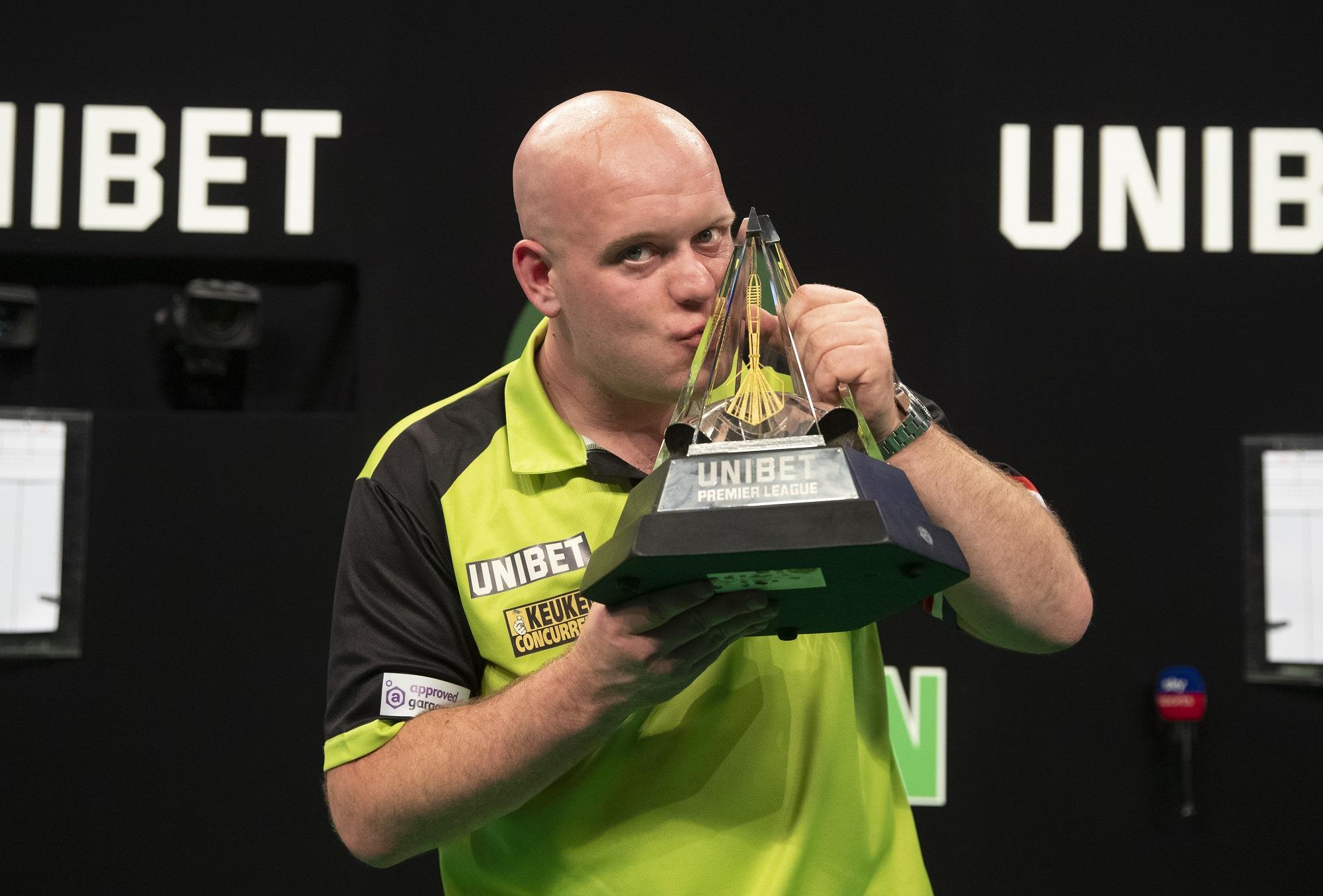 Peter Wright and Michael van Gerwen will renew rivalries on the opening night of the 2020 Unibet Premier League season in Aberdeen on Thursday February 6, with fixtures for the opening nine nights now confirmed.

Van Gerwen, though, will be aiming for revenge as he opens his challenge to win an unprecedented fifth successive Premier League title in their meeting at the new P&J Live in Aberdeen.

Local hero John Henderson will be the Challenger in Aberdeen, and he will face UK Open champion Nathan Aspinall in the opening night's other fixture, with over 8,000 fans set to pack the venue.

Fallon Sherrock, who created history as the first female to taste victory at the World Championship in December, will appear as a Challenger on Night Two in Nottingham, taking on three-time BDO Champion Durrant.

The night also features a rematch of the 2019 UK Open final as Aspinall plays Cross, while Scottish World Cup champions Wright and Anderson face off and Van Gerwen plays Gurney.

Top Welshman Price will take on Gurney on Night Three as the Premier League visits Cardiff, where Welsh number two Jonny Clayton appears as a Challenger against Smith, while Van Gerwen plays Aspinall in a repeat of their recent World Championship semi-final.

Night Four in Dublin sees Ireland's World Cup finalist William O'Connor compete as a Challenger against Van Gerwen, as Price and Wright meet in a rematch of their thrilling clashes in the 2019 Grand Slam of Darts final and recent World Championship semi-finals.

World Youth Champion Luke Humphries' appearance as a Challenger in Exeter will see him take on Anderson, while Van Gerwen and Smith meet in a repeat of the 2018 Premier League and 2019 World Championship finals.

The meeting between Van Gerwen and Price will headline the visit to Liverpool's M&S Bank Arena on Night Six, where Merseyside's Stephen Bunting returns to the Premier League to take on Cross.

Chris Dobey takes to the stage in Newcastle on Night Seven, with the local hero set to face Gurney on a night which also sees Middlesbrough's Durrant take on World Champion Wright and Van Gerwen's clash with Cross.

The first phase of the Premier League season then concludes with a double-header at Rotterdam Ahoy on March 25-26, which includes Judgement Night as the ninth-placed player in the league table is eliminated.

The fixtures on Judgement Night include Van Gerwen resuming his rivalry with Anderson on the Premier League stage and Price facing Dutch Challenger Jermaine Wattimena.

The top four players then progress to face off for the title, and a £250,000 top prize, in the Play-Offs at The O2 in London on Thursday May 21.

Tickets for the 2020 Unibet Premier League are available from venue box offices listed below.

The tournament will be broadcast live on Sky Sports in the UK, on PDCTV for Rest of the World Subscribers and through the PDC's worldwide broadcast partners including DAZN and RTL7.