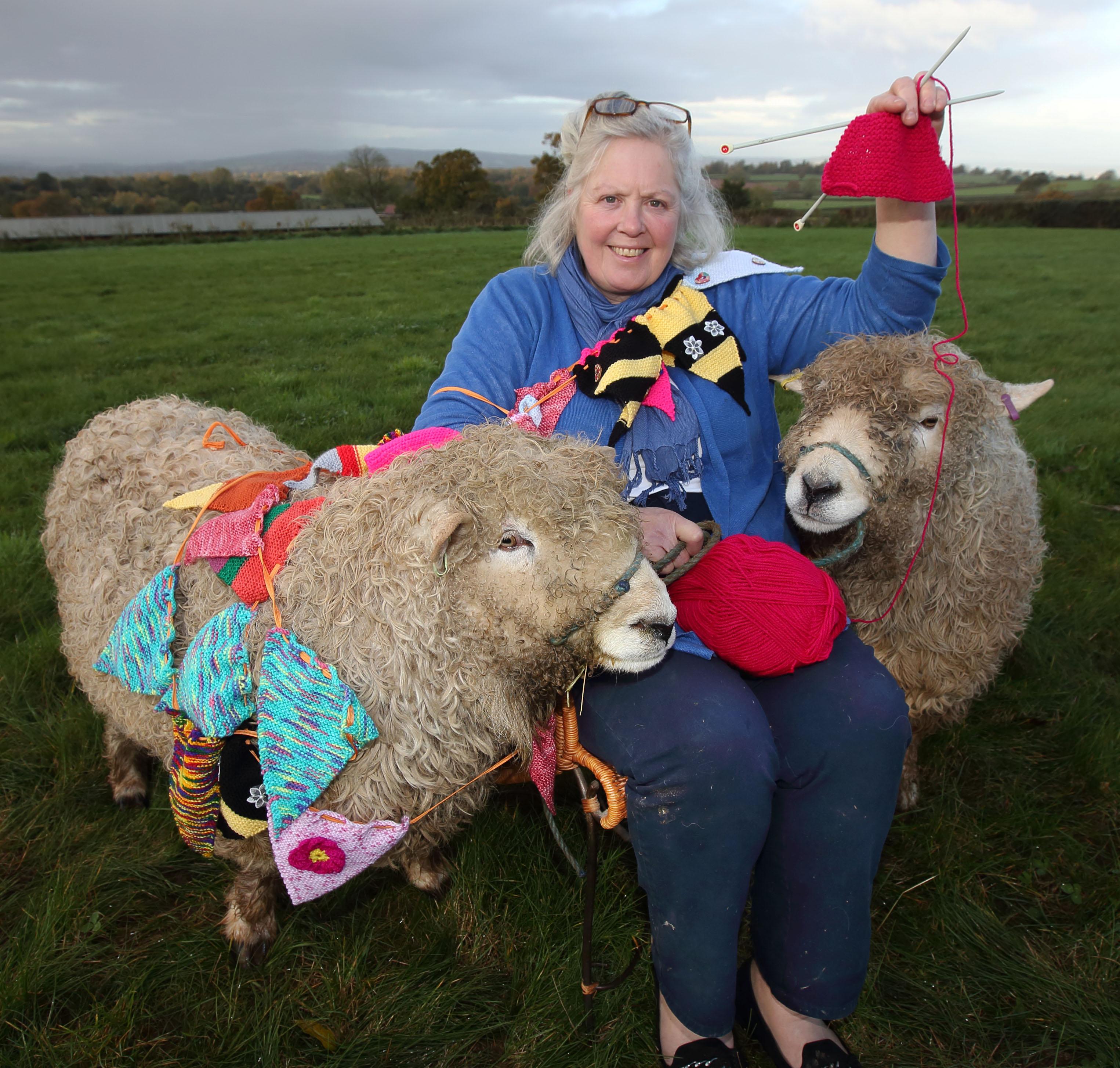 To celebrate this milestone, as well as the Women’s Institute’s 100th anniversary and the Exeter Knutty Knitters 10th anniversary, the Show organisers are planning an ambitious Guinness World Record attempt - to create the Longest Knitted Bunting World Record.

Custance Baker, Chief Steward of Crafts & Gardens at the Devon County Show, the Show Committee member behind the challenge, is confident of achieving the target of 31,200 flags, the amount required to smash the existing record and giving the Devon County Show its first ever Guinness World Record.

Deborah, who was responsible for driving the celebrated knitted poppy initiative to mark the 100th anniversary of the end of the first world war, is not someone who does things by halves. Nor is she daunted by the challenge.

‘We’ve got three months until the Show starts and with the support of the WI and the Exeter Knutty Knitters as well as so many individuals who are so keen to get behind us, I’m sure we’ll get there.’

‘The completed bunting will be displayed in the Crafts & Gardens Marquee. We estimate that the record-beating display will be 8kms long and will go around our 3,000m2 marquee 26 times. A representative for Guinness World Records will adjudicate and confirm the record beforehand.’

The bunting will be auctioned off both during and post the show at various events to raise money for the Devon County Show’s nominated charity for 2020 – the Addington Fund dedicated to providing homes for farming families living in England and Wales who have to leave the industry, through no fault of their own, and by doing so will lose their homes. Sections of the bunting will also be offered for decoration at local care homes, particularly those participating in the attempt.

‘You don’t need to be a knitting pro to have a go’ continues Deborah. ‘Even if you’ve never knitted in your life you can create a flag very easily by following the simple step by step instructions provided by the Knutty Knitters below which is on our website at www.devoncountyshow.co.uk/bunting.

If you do know what you’re doing, you don’t need to follow a pattern, though you do need to work to the correct size of no more than 8” along the top and 9” on the diagonal.’

Fasten off and cut yarn

Fasten off and cut yarn

Further details, as well as where to send your bunting once you’ve completed it is on our website at www.devoncountyshow.co.uk/bunting