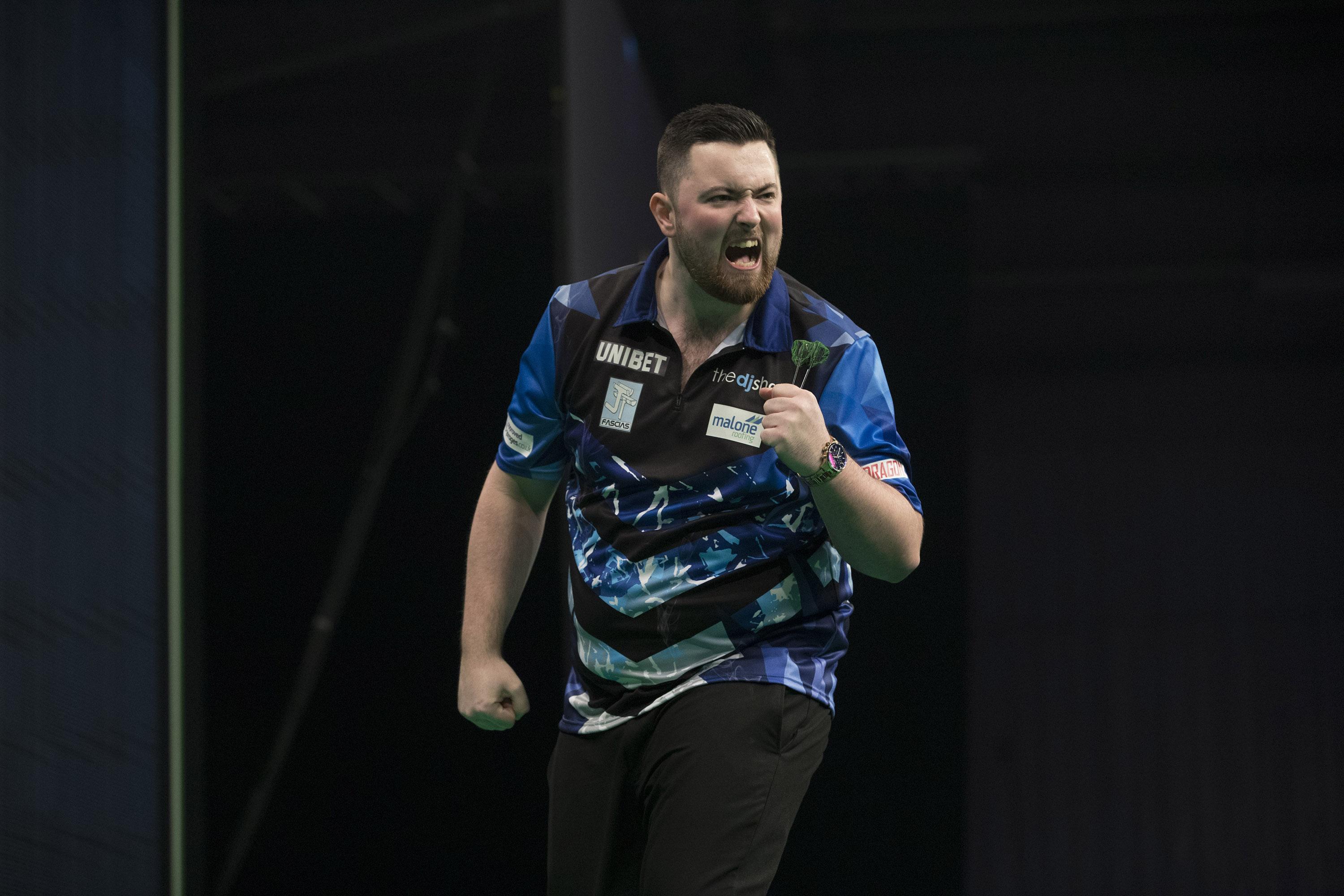 World Youth Champion Humphries will return to the Premier League in front of a sell-out crowd at Westpoint Exeter, having appeared at the venue 12 months ago before reaching the quarter-finals of the World Championship for a second successive year in December.

Widely-regarded as one of the hottest prospects in the sport, the 25-year-old believes that becoming the first Challenger to win a Premier League match would be the ideal next step for his development as he prepares to take on two-time champion Gary Anderson.

"Everyone knows I love playing on TV, I come alive on the big stage," said Humphries, who drew with Gerwyn Price on his appearance in the 2019 Premier League.

"I loved every minute of it up there last year, so to return to Exeter is something I've been massively looking forward to since I was picked.

"There is a huge opportunity for one of us Challengers to become the first one to win a Premier League game, I think I'm well capable of being that player.

"But I know I'll be up against one of the greatest players of all-time in Gary. He' someone I respect massively and I can't wait to play him on the big stage."

Anderson, meanwhile, is enjoying life back in the Premier League having sat out the 2019 campaign through injury, and made it two wins from four against Rob Cross in Dublin last time out.

However, the two-time World Champion insists he is not paying much attention to the league table at this stage of the competition.

"As I've said before, I just want my game to be back where it was," said Anderson.

"It's getting there each week and I'm enjoying it. The darts are getting a bit tighter and when they go well, they go well but there are a few off darts now and again.

"Luke's a great talent. He's a classy player and one of these players who is coming through. He's no mug and if I got beaten by him, I wouldn't be ashamed at all."

World number three Price is the form player heading into Night Five, with the Welshman looking to extend his 13-match winning run against Glen Durrant.

Having picked up his first title of the year at Players Championship Six, Price defeated Peter Wright to claim his opening win of the 2020 Premier League campaign, before winning the first European Tour event of the year in Belgium on Sunday.

"At the moment I feel more confident than ever," said Price, the only undefeated player in this year's Premier League after opening with three draws.

"I wouldn't say I'm the best player in the world but I'm up there in the top four.

"Years ago I felt I was there to make up the numbers but now I'm not. I'm not number three in the world for no reason, I'm here because I want to win everything.

"Obviously I want to win everything, but I don't think that's possible with the standard I'm up against. I just want to turn up, play well and hopefully keep picking up trophies.

"First things first, I want to go to Exeter on Thursday and pick up another two points there, that's the first thing on my mind."

In contrast to Price, Michael van Gerwen enters March without a PDC title to his name for the first time since 2011 as he prepares to take on Michael Smith in a repeat of the 2018 Premier League final.

However, the world number one got back to winning ways in the Premier League in Dublin last week, holding his nerve to defeat Challenger William O'Connor who was well backed by over 9,000 Irish fans.

"I feel good and that's the most important thing but I know there's still more to come," said Van Gerwen.

"I think my double percentage is better than ever, I only need to make sure I keep my scoring going and I'm finding the right combination. I hope I can do some more damage in the upcoming weeks.

"I've got a baby coming soon and it's a busy time at home, so things are changing for me a little bit - but in a good way.

"Michael Smith is one of the biggest talents I've ever seen - and he knows that, but sometimes his attitude is against him. I've practiced with him for a long time.

"Something he doesn't like is pressure, and when he throws just the darts he's one of the best players I've seen in my life."

Smith produced the moment of the tournament so far in Dublin last week, as he ended the near three-year wait for a Premier League nine-darter in a 7-5 victory over Daryl Gurney.

With back-to-back Premier League wins to his name, Smith heads into the contest full of confidence having defeated Van Gerwen at the Belgian Darts Championship on Sunday on his way to the final, where he lost out to Price.

"Michael's the best player in the world and if he beats me, fair play," Smith admitted. "I just want to keep picking up points and doing what I do.

"Just because I beat him last time out means nothing, I know he will want to get one back over me.

"Last week in Dublin was a magical moment for me, I still don't have the words to describe it but moments like that are why we all play the game."

Night Five will also see Nathan Aspinall look to continue his impressive start to Premier League life against World Champion Peter Wright, while Gurney will hope to end his winless run against last year's runner-up Cross in a key contest.

The first nine nights of Premier League action will see a different Challenger in action, culminating in Judgement Night in Rotterdam on March 26 where the ninth-placed player will be eliminated.

The top four players then progress to face off for the title, and £250,000 top prize, in the Play-Offs at The O2 in London on Thursday May 21.

Night Five will be broadcast live on Sky Sports in the UK, on PDCTV for Rest of the World Subscribers and through the PDC's worldwide broadcast partners including DAZN and RTL7.

Odds courtesy unibet.co.uk and correct at time of publication.